I grew up in “upstate” New York – actually Central New York, but most people who don’t live in New York (and even many who do) consider anything outside of the boroughs to be “upstate.” False, y’all. But I’ll spare you the endless details of what to call different parts of New York State and say that despite growing up five hours from New York City, I didn’t set foot inside the NYC limits until I was a sophomore in high school. Every major city in the Northeast/southern Ontario was five or so hours from my parents’ house – NYC, Boston, Philadelphia, Pittsburgh, DC, Cleveland, Toronto, Ottawa…you get the idea. So, to all of you who hear I’m from New York and ask “oh! did you go to the city a lot?” you’ll have to be more specific about what city you mean. Now, Max grew up going to NYC all the time, so to him, “the city” is unequivocally New York and NYC is the only one that matters. But I digress. Since Max and I have been together, we’ve been to the city a handful of times – concerts, hockey games, just for fun, and we got engaged at the top of the Empire State Building – so New York City has managed to find its way into a pretty big part of my heart.

My family is still in aforementioned “upstate” New York, so we were figuring out a way to get back to the East Coast for the holidays. Flying cross country is tough, and pretty much no matter how we were going to do it, we were going to end up flying in to New York City. We have a lot of friends in NYC, so we decided to take a few days to spend there before heading “upstate” to see my family for Christmas.

Our flight schedule was less than ideal – an entirely-too-early flight out of SFO to PHX to DEN to LGA – and even without any delays was a 14-15 hour travel day. But man, the views on this trip were great. I love taking off from SFO and seeing the fog over the bay, especially in the morning, and looking out over the ocean. I’ve never been to Phoenix, and we didn’t have to change planes so I don’t even really count having been to Sky Harbor, but flying into/seeing a new city is always cool. I’ve flown through Denver a couple times before, and it’s one of those airports I inexplicably love – I love seeing the mountains from the air, and once we land, I absolutely LOVE the New Belgium bar in the terminal. Nachos and a beer (I had their Transatlantique Kriek sour/lambic – we tried it at our brewery tour in August and it was SO GOOD) are a perfect way to spend a layover. 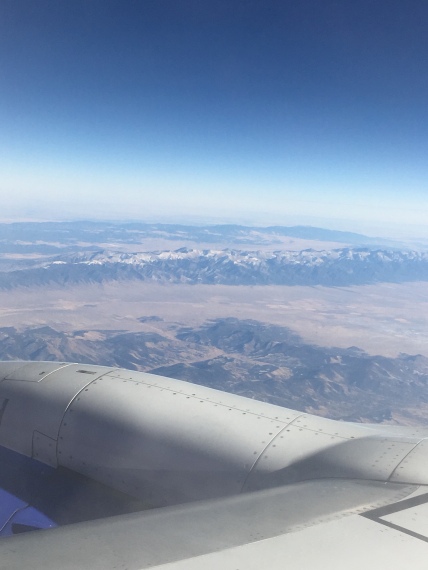 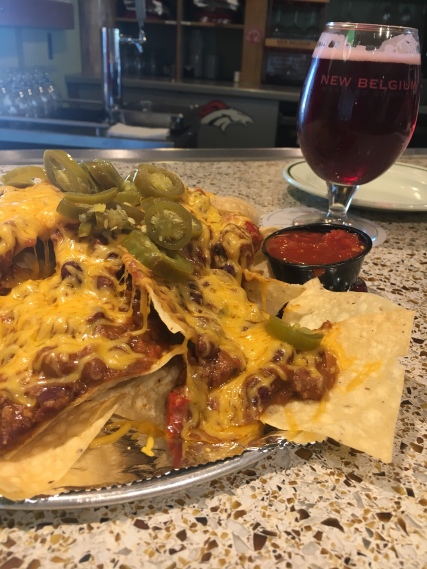 We finally landed at LaGuardia at 11:00pm local time and Uber-ed to our hotel in TriBeCa, starving and tired. I love cheap, greasy, terrible-for-you NYC pizza, and there was a Five Boroughs Pizza right down the block from our hotel – the perfect, delicious, greasy welcome back to New York. No filter needed – look at those beautiful shiny pools of grease on those pieces of pepperoni. DELICIOUS.

Day one in the city took us to brunch – obviously – at Egg Shop. If a millennial orders avocado toast and doesn’t post it on Instagram, did it even really happen?! Breakfast was delicious and exactly what I wanted. Egg Shop is pretty small and tightly packed but worth the wait. Give me avocado toast and a cappuccino and I can conquer the world, right? I am a sucker for a good egg and avocado combination, and this breakfast had a harissa sauce and watermelon radish and almonds. Probably #HipsterAF but so good. Max ordered a pepper stuffed with egg and bacon – also delicious. 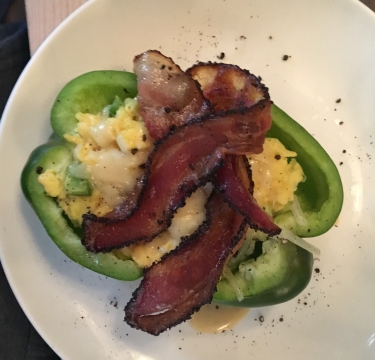 Following brunch, we headed to the MoMA. Max, despite all his trips to the city, had never been. I could have easily spent two weeks there, but our five and a half hours were plenty of time. Here are some highlights: 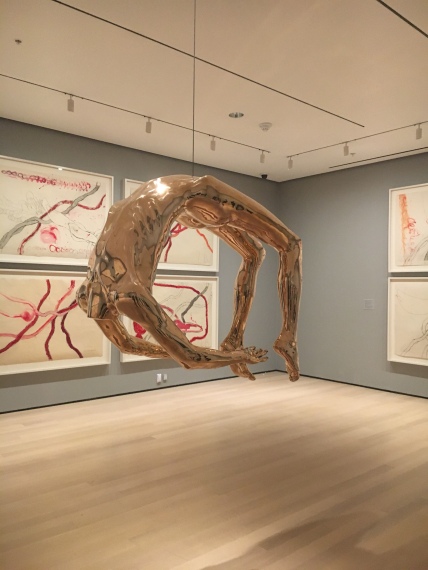 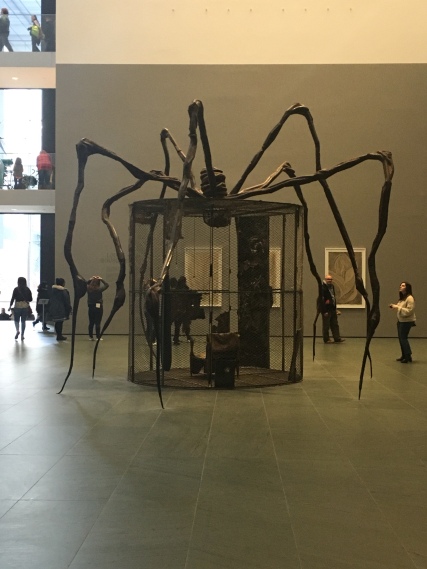 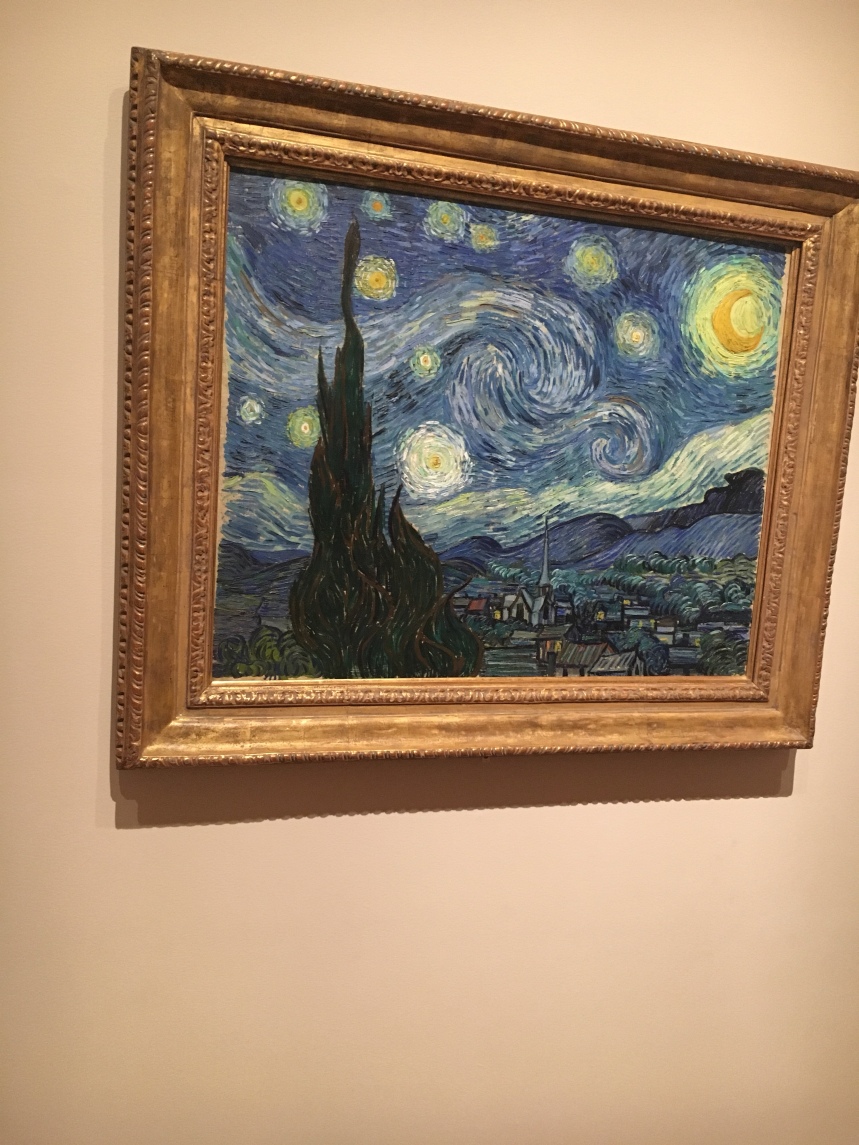 We met up with one of my college friends for dinner and drinks – first a wine bar, then a tavern that served Cigar City Jai Alai IPA (one of my top ten favorite beers), then a bar with themed shots. I forgot to check into ALL of them so I can’t tell you any of the names…insert facepalm emoji here. But it was a wonderful evening and I LOVE getting to catch up with friends.

The next morning was a little rough – I’m not 21 anymore and there are days that it definitely shows – but one of my bucket list items was to go skating at the rink at Rockefeller Center. I’m terrible at ice skating, despite lessons and plenty of time spent on the ice in my life. But we went anyways, even though it was packed with tourists and crowded with plenty of people who were just as bad as I am at skating. Y’all, I nearly cried when we saw the tree for the first time. It’s just one of those things that is so cool to see. Also, “Santa” skated over to us after noticing my Buffalo hat to chat about Buffalo and told us he’s not only a University at Buffalo grad (go Bulls!) but grew up in my hometown. We have a theory that we meet other Buffalonians everywhere we go, and so far it has held very, very true.

Feast your eyes upon my skating skills and my always-ridiculous faces: 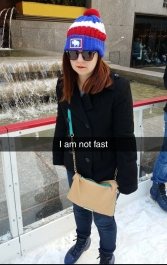 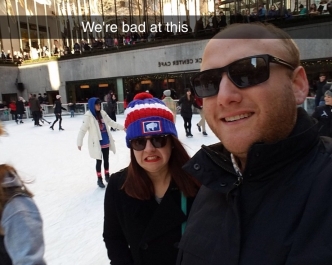 After skating, we headed back to the hotel to get ready for our dinner and show plans…to be continued in the next post!